Despite their positive roles in inclusive economic development, business associations in Ukraine, Moldova and Belarus have a limited capacity to advance economic systems that serve all citizens, including vulnerable groups such as women and young people with limited participation in the economy.

The common challenge includes large, well-connected firms that have been able to establish themselves and communicate their interests to local governments through nurtured channels and ties. Besides, the small and medium enterprises are still underrepresented in policy dialogue and unable to advocate for their priorities and rights before the government. This is also worsened by the lack of constructive engagement between the small and medium enterprises (SMEs) and local governments on their needs.

So, in this episode, we have interviewed:

For the episode's intermission, we have invited a special guest from the RisiAlbania Project of the Swiss Agency for Development and Cooperation, project manager Edlira Muedini, to speak about what they do in advocacy.

Please send us your feedback about the episode in the comment section below.

We have interesting topics coming up, so stay tuned and hit the subscribe button in the video! 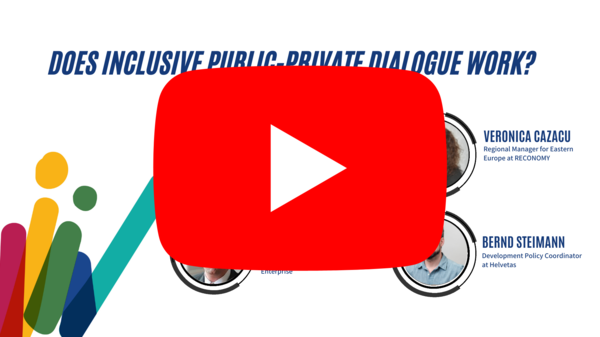